COVID 19 NOTICE - We are here for you. Please call (337) 233-3366 to schedule a free consultation via phone, video teleconference, or email
Local Trial Attorneys
With National Acclaim
Contact Us Now For a Free Consultation
Home
Personal Injury Law News
When Everything Depends on Finding the Right Offshore Injury Attorney

When Everything Depends on Finding the Right Offshore Injury Attorney 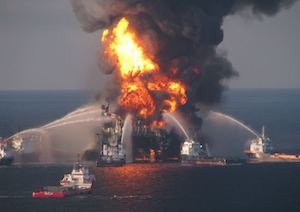 After years of challenges and stagnation, Louisiana’s oil and gas industry is coming back in a big way. This is great news for our economy, for jobs and for offshore workers ready to get back to work.

However, the “boom times” bring with them some measure of risk. Though the oil and gas industry is subject to OSHA regulations and other safety rules, the risk of injury continues to plague offshore, pipeline and rig construction op erations. And when sudden, violent, catastrophic accidents occur on these job sites, workers are often severely injured, or even killed , in a matter of seconds.

Rig workers put in 12-hour shifts and deal with highly combustible materials on a platform surrounded by heavy equipment. Medical and emergency response aren’t all that close when you’re working miles off the coastline. That makes fires, explosions and equipment failures are even more dangerous than usual.

The Bureau of Labor Statistics reports that around 1,250 employees experience "injury and illness” ever y year due to their work. Transportation accidents cause about half of those offshore drilling deaths; workers whose occupations are classified as "transportation and material moving" are at the greatest risk.

Like plane crashes, major catastrophic incidents in the offshore drilling industry are few and far between—but they have a huge effect both regarding the potential for harm and in calls for a regulatory overhaul that come after.

One notable example was the 2010 Transocean Deepwater Horizon oil rig disaster. Some 50 miles off the Louisiana coast, 11 workers were killed when a blowout and subsequent fire sank the Horizon and created the largest oil spill the U.S. had ever seen.

A federal District Judge found BP (the company leasing the rig) guilty of “gross negligence and willful misconduct.” BP was on the hook for an approximate $7.8 billion in victim compensation, on top of fines and cleanup costs.

Deepwater Horizon was a well-known, headline-making tragedy but more common, non-fatal injuries are perhaps a greater concern to the ordinary offshore worker.

Injuries caused during extraction or construction and maintenance of pipelines can involve long recuperation periods, not to menti on devastating personal and financial consequences.

Laws to Protect You

One energy industry watchdog group reports that human error is behind four of every five major offshore accidents. That’s why safety training and risk assessments are a big part of maintaining offshore oil rigs.

Many federal maritime laws cover e mployees who work offshore and on rigs, including:

If you were the victim of a pipeline, industrial, refinery or construction accident in Louisiana or along the Gulf Coast, you might be eligible for workers' compensation to cover medical costs. However, it will not address your lost wages or pain and suffering. Hiring an offshore injury attorney to pursue your legal options under a personal injury claim is often your best course of action.

You need a lawyer who will:

Anderson Blanda & Saltzman can help you determine which laws apply to your case. We also know what steps to take to secure you and your loved one's maximum compensation. Contact us now for a free case evaluation.